Neeraj Chopra turns 25: Recalling some of his unique achievements for the country

SportsNeeraj Chopra turns 25: Recalling some of his unique achievements for the...
By: News Desk 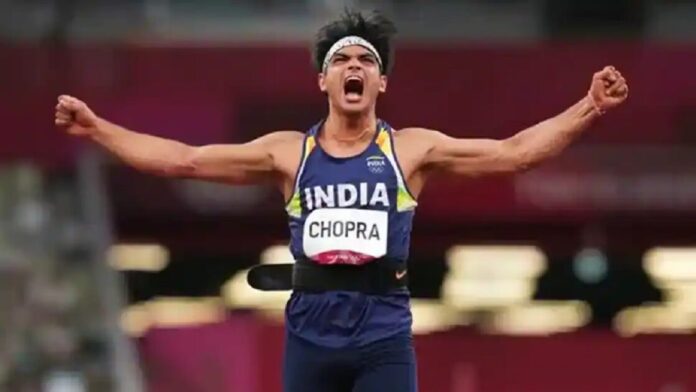 India’s star athlete Neeraj Chopra is celebrating his 25th birthday today i.e. on 24 December 2022. The gem never missed a chance to glorify the country’s name in the field of athletics.

Neeraj Chopra, who created history in 25 international games including a gold medal in Diamond League, a gold medal in the Olympics to silver medal in World Championship, was born on 24 December 1997 in Khandra, a small village of Haryana. His father Satish Kumar is a farmer by profession and his mother Saroj Devi is a housewife.

Neeraj Chopra started taking interest in the javelin throw at the age of just 11 years. Apart from being an athlete, Neeraj Chopra is also appointed as a subedar in the army, he has also been awarded the Vishisht Seva Medal in the army. In the year 2013, Neeraj made his international debut with the World Junior Athletics for the first time. After this, in 2015, Neeraj won the first international medal in the South Asian Games by throwing 82 meters javelin.

Not only did Neeraj Chopra create new records by winning a gold medal at the Olympics and a silver medal at the World Athletics Championships, but he also set another record outside sports. He has now become the athlete on whom most articles have been written so far. Earlier this record was in the name of Jamaican sprinter Usain Bolt.

Neeraj Chopra won the gold medal in the Under-20 World Championship in the year 2016. Then he was only 19 years old. He had a throw of 86.48 meters. He was the first Indian to bag the Diamond League Champion’s Finals in September. Many Indians have reached the finals of this event but none have ever won the title.