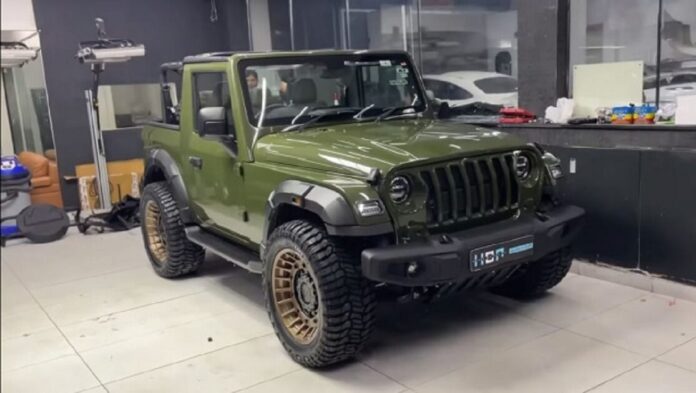 Auto Desk – Mahindra’s affordable version of the Thar 4X4 SUV has now been confirmed. The model will be offered in a smaller Diesel engine and will only feature rear-wheel drive.

According to the reports, Mahindra will be launching a third powertrain option with a 1.5-liter diesel engine. This forthcoming variant will be equipped with a 2WD system ditching the 4WD of the 2.2-liter diesel and 2.0-liter turbo-petrol engines.

Mahindra will launch the Thar 1.5 diesel 2WD below the Rs 10 lakh mark and the company could be launching the 2.0-liter turbo-petrol engine with the 2WD system as well.

The 1.5 diesel 2WD entry-level variant of the Thar is likely powered by the same 1,497cc engine that currently powers the brand’s MPV Marazzo. The powertrain in the Thar could produce around 117 horsepower and can pair with a five-speed manual gearbox. Moreover, this engine will only be available in the 2WD form.

Additionally, the company is also looking to launch the five-door variant of the Thar. According to the information, the five-door Thar will also receive 2WD options and it will not be a fully-fledged off-roader.

However, The company has not revealed the launch date yet but if the sources are true then the 2WD variants of the Thar will be launched next month in January.