NationalWe need CEC who can even take action against PM, says SC
By: News Desk 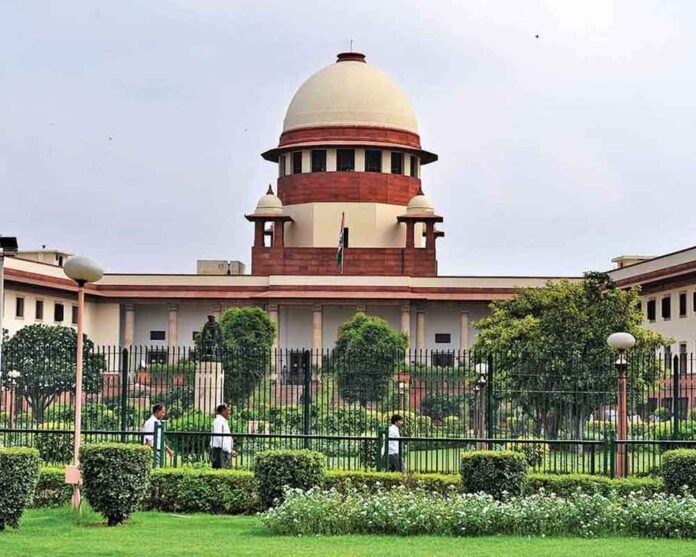 A five-judge constitution bench headed by Justice KM Joshi said, “We need a CEC who can even take action against a PM.” The other members of bench are Justice Ajay Rastogi, Justice Aniruddha Bose, Hrishikesh Roy and CT Ravikumar. They said there is some allegation against the Prime Minister and CEC has to act, but the latter is weak-kneed a does not act.

The bench wanted to know from the Centre’s counsel whether was it no a complete breakdown of the system. The CEC is supposed to be insulated from political influence and should be independent, the bench orally observed. Attorney general R Venkataramani, solicitor general Tushar Mehta and additional solicitor general Balbir Singh represented the Central Government. The bench also queried the Centre’s counsel to show the mechanism adopted in the appointment of the EC.

Former bureaucrat Arun Goel assumed the office of the EC on Monday. He has been appointed to the post on November 19. The post of one election commissioner had been lying vacant since May this year.

The attorney general contended that there is convention is that all senior bureaucrats and officers at the state and the Central Government are taken into consideration while appointment and this is scrupulously followed. He further said that the appointment is done on the grounds of the convention and there is no separate appointment procedure of CEC and that one is appointed as EC and then on the basis of seniority a CEC. Reacting to it, Justice Rastogi observed that there should be a transparent mechanism in the EC’s appointment and that the mechanism should such that people should not question it.

He added: “You just appointed someone as EC 2 days ago… It should be fresh in memory. Show us (the mechanism applied in the appointment).” The AG replied that he has already shown how a convention is followed, the process involved in the appointment, and appointments are made on the basis of seniority, and on the aspect of recent EC appointment. He also said that the office was vacant since May. AG said, “It is not a pick and choose system at all as there is a process.”

Previous article
What is a Milestone?
Next article
Farmers burning stubble won’t get PM Kisan Samman Nidhi in UP