Authority in Noida to resume the demolition process on Yamuna Floodplains

NationalAuthority in Noida to resume the demolition process on Yamuna Floodplains
By: News Desk 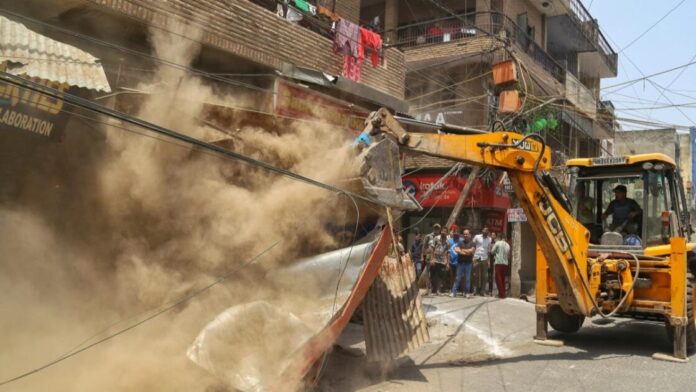 The NOIDA Authority on Saturday said it will continue the destruction of illegal farmhouses constructed on Yamuna floodplains after two days.

According to the information received several Illegal farmhouses will be demolished and construction according to the new master plan will take place. Following this, the expenses of the demolition will be recovered from the owners of the farmhouses.

According to the information received the authority has identified one thousand illegal projects. A legal notice has already been issued to the owners of the farmhouses.

Recently police had busted a casino in one of the farmhouses after which the process of demolition was fastened. According to the information received several complaints were being received that construction was carried out in the areas where farmhouses were demolished.

According to the information received Noida Authority CEO Ritu Maheshwari has said that the action against illegal farmhouses will not stop.

Late in November, 30 farmhouses were demolished, As per the official data, 150 farmhouses identified out of thousands of farmhouses have already been razed.