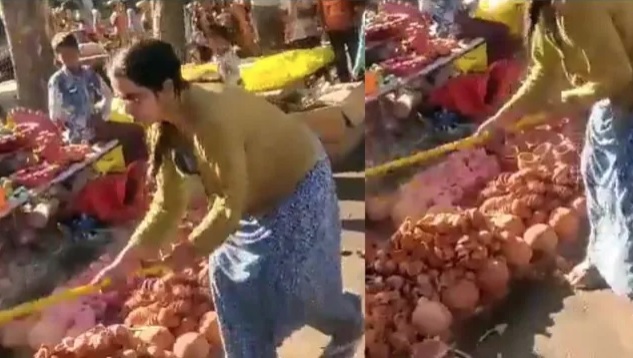 Lucknow (UP): The police have registered a case against a woman doctor for vandalising the shops which were selling earthen lamps on the occasion of Diwali, official sources said on Tuesday. According to reports, the Gomti Nagar police in Lucknow, the capital of Uttar Pradesh, booked Dr Anju Gupta under various sections of the Indian Penal Code. A video clip of the incident, in which the doctor was seen damaging the earthen lamps in the shops with a cricket bat and a wiper, went viral on social media.

The doctor, however, said that the vendors had put up their shops just outside her the gate of her residence. They had been repeatedly told to remove their shops from the gate, but instead of doing that, they entered into arguments with her, Dr Gupta said, adding that the shops caused traffic gridlock in the area.

According to inspector of Gomti Nagar police station Dinesh Chandra Pandey, a case has been registered after a complaint was received from Zubair, Rubina and Shamshad. The complainants’ shops were vandalised, Pandey said.