Uttar PradeshThree members of a family injured after an uncontrolled PCR van gushed...
By: News Desk 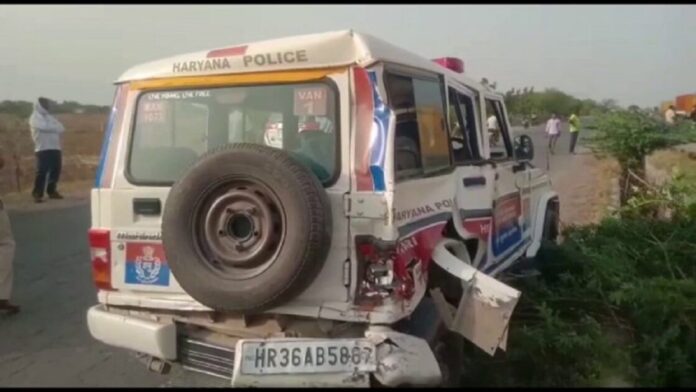 An incident was reported under the Gharwar police station area in Uttar Pradesh where three members of a family were badly injured after an uncontrolled PCR van gushed into their house.

According to the official police statement the vehicle belonged to Phephan police station, The injured have been identified as Digvijay Ram, his wife Chanda, and his three-year-old son.

According to the information received the police vehicle driver Uma Shankar aged 25 was also injured during the incident Following which the entire family and the driver were admitted to the district hospital. No case has been registered till now.

Meanwhile, injured Digvijay told the press that the accident happened when his family was sleeping, and all of a sudden a police vehicle plunged into their home. He further added that the policemen were in an intoxicated condition, and liquor bottles were also found in the police vehicle.

Superintendent of Police R.K. Nayyar said that all three policemen — one head constable and two constables were suspended after the incident happened, and an inquiry has also been ordered. The SP further said that a proper investigation will be done and the liquor bottles will be included in the probe.