Three killed in road accident in Bareilly district of UP

Uttar PradeshThree killed in road accident in Bareilly district of UP
By: News Desk 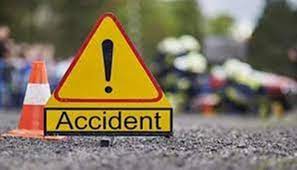 Bareilly: Three persons, including a woman, died on the spot, and another suffered serious injuries in a road accident on the Bareilly-Nainital road, the police said. The accident occurred when a car ran into a truck under the Bahedi police station.

According to superintendent of police Raj Kumar Agarwal, on getting information about the accident that occurred in the early hours of Sunday the police rushed to the spot and launched a rescue operation.

Those who were in the car were identified as Rahul Jaiswal (30), Deepshikha (22) and Keshav (30). They were the residents of Bareilly. Agarwal said that Rahul, Santosh and Deepshikha died and that Keshav who sustained injuries was rushed to a private hospital in Bareilly. The bodies were sent for an autopsy.

Bareilly (UP): There was an alleged incident of religious...

Second-Guessing is an act of predicting or expecting something...

Kanpur: A further inquiry into the Bikru massacre, in...