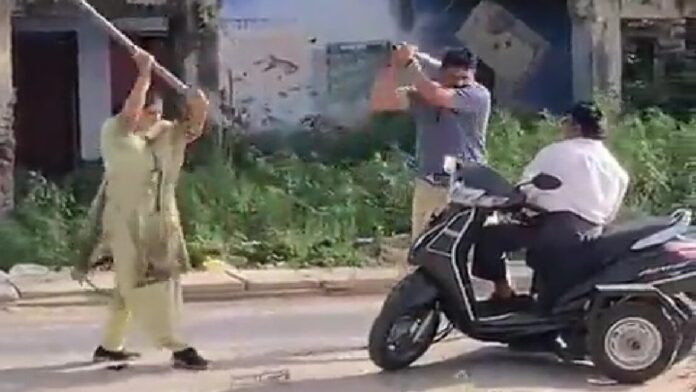 Greater Noida (UP): A group of people severely have recently beaten up a man outside a society in Greater Noida. The incident came to light after a video clip of the incident went viral on Sunday.

According to reports, a brawl occurred between two groups outside the Fusion Homes Society in Greater Noida. The builder of the society gave permission to a man to set up a fair on the premises of the colony. Perhaps, locals did not want it, so they raised an objection to his establishing a fair and a fight broke out, some residents of the colony said. On the other hand, the residents of the area accused the man of misbehaving with some women, which led to a fight. As a result, he was beaten up. The area where the incident occurred comes under the Bisrakh police station. The police said they began an investigation into the incident.