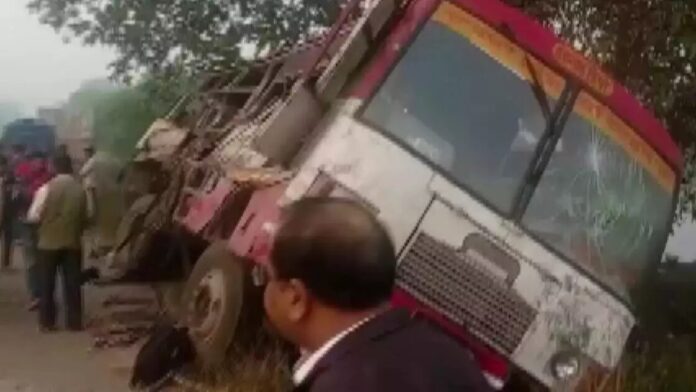 Lucknow: Six people were killed and 15 injured in a road accident on the Lucknow-Bahraich road in Uttar Pradesh on Wednesday, the police said.

The accident occurred at 4:30am on Jarwal road when a speeding truck hit a bus that had left Lucknow depot, official sources said.

Six persons died on the spot and the 15 injured were rushed to a hospital. The condition of four of the injured was critical, sources further said. Those who lost their lives were yet to be identified.

The bus was going from Lucknow to Rupaideeha and the truck was on its way from Bairaich to Lucknow.

Nevertheless, the truck managed to escape with the vehicle and the police are examining the CCTV footage of nearby areas to trace the truck driver.

On getting information about the accident, Chief Minister Yogi Adityanath mourned the death of six people and asked the district administration to ensure that the injured get proper treatment.

He also asked the authorities concerned to provide financial relief to the next of kin of the dead and to the injured.