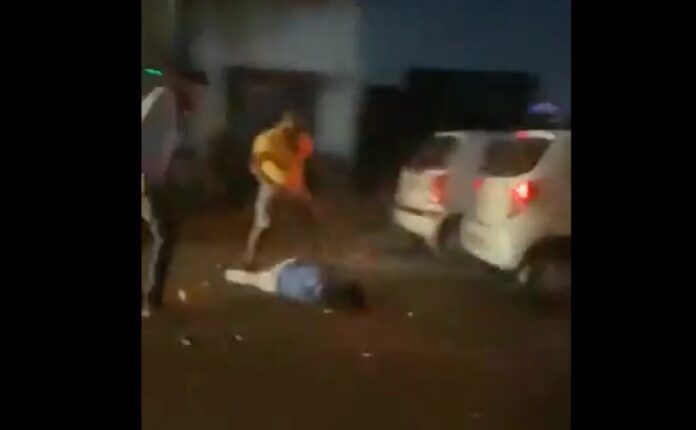 A dead body of a person has been found lying in the plot in the area adjacent to Khoda and Ghazipur. The place of the incident has been told to be Delhi.

A mall employee was killed with a brick amid tight security on the UP-Delhi border on Saturday night. His body was found lying in a plot on Monday morning. According to the Ghaziabad police, the scene of the incident is from Delhi. Delhi Police has sent the body for postmortem.

The deceased has been identified as Praveen Yadav. He was a resident of Subhash Park adjacent to the Khoda area. Praveen used to work in a mall located in Mohan Nagar in Ghaziabad. The mall remained open till late on Saturday night due to New Year. After that, he did not reach home.

Praveen’s body was found lying in an empty plot on Sunday morning. A blood-soaked brick was lying nearby. An empty bottle of liquor was also found near the dead body.

The police are assuming that the incident might have taken place due to a dispute between friends during a liquor party. According to Ghaziabad police, the spot of the incident belongs to Delhi’s Ghazipur police station area.

Ghazipur police have reached and sent the dead body for postmortem. Presently there is a sensation in the Khoda area after this incident. This incident took place when the police were busy all night on New Year’s.

Previous article
Horrific and tragic incidents reported in different parts with the on-set of 2023
Next article
Gas cylinder exploded: Satna exposed to a horrifying accident on first day of the new year