NationalHorrific and tragic incidents reported in different parts with the on-set of...
By: News Desk 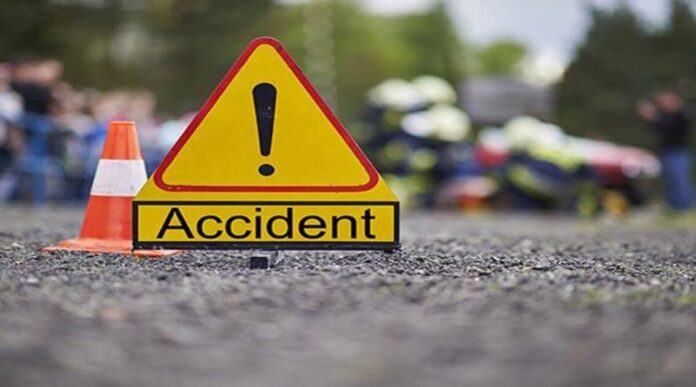 There is enthusiasm everywhere in the new year, but the bad news is coming out from many places. Two old people collapsed due to suffocation at an old age home in Delhi. Whereas in the Hanumangarh district of Rajasthan, 5 died due to a road accident. In Punjab’s Amritsar too, 4 people have died in a road accident.

A fire broke out in the old age home in Delhi’s Greater Kailash Part 2 area early this morning. 2 elders died due to suffocation. Thirteen people were rescued but one sustained serious injuries.

According to the information received, the third floor caught fire, which was a restroom for elderly people. 5 youths were killed and 1 seriously injured in a car and truck collision in the Hanumangarh district of Rajasthan.

As per sources, the accident was Horrifying When the police reached the spot, a completely damaged car was found there. Police found 6 youths present in the car following which lifted them to Pallu Hospital. After investigation, the doctor declared 5 youths dead, while 1 youth was referred to Bikaner in critical condition.

4 people died and 5 were seriously injured in a collision between a car and an auto in Amritsar, Punjab. The injured have been admitted to hospital. This is the incident of Amritsar’s Attari.