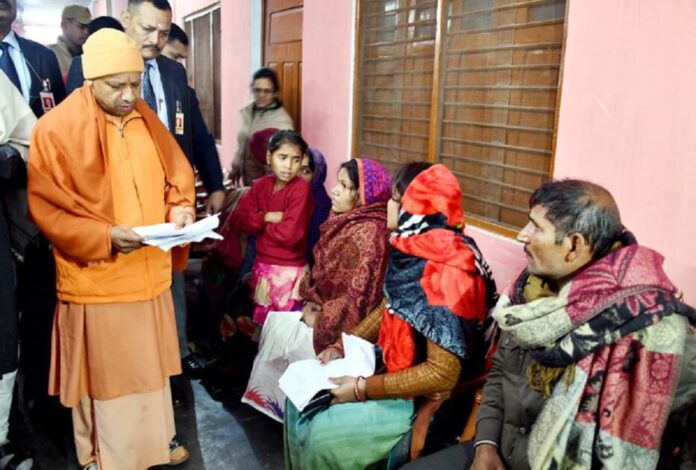 Gorakhpur, Uttar Pradesh: On Sunday, the first day of the new year, CM Yogi Adityanath held a Janata Darbar at the Gorakhnath temple. However, on the first day of the year and due to extreme cold, few people turned up at the Janata Darbar. During this, he heard about the problems of about 300 people in the Hindu Sevashram and assured them to fulfill their demands soon.

The CM listened to the problems of about 300 people and assured them of action. Those seeking help for treatment are also reached.

A great number of land-property appeared in Janta Darshan. Following this the Chief Minister directed the officials present there to solve the issue as soon as possible. He further also asked to provide the proper aid to the needy.

On Sunday morning, after leaving his residence early, as usual, Yogi first took the blessings of Guru Gorakhnath. The chief minister offered his prayers to Guru Brahmalin Mahant Avedyanath and sought for his blessings.

Previous article
Pak revealed data of 705 Indians detained: India backs its zero-tolerance policy against terrorism
Next article
Horrific and tragic incidents reported in different parts with the on-set of 2023