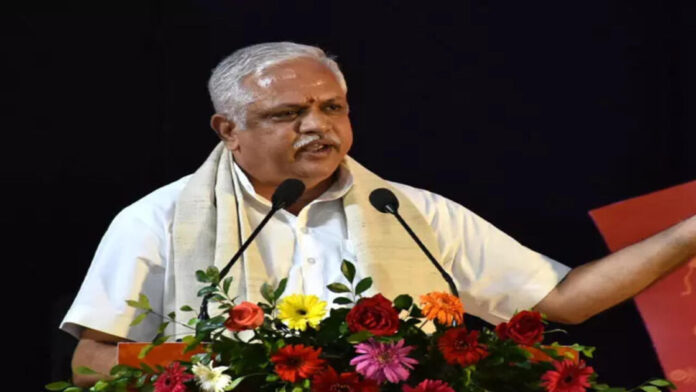 Hyderabad: The attempt to poach Telangana Rashtriya Samiti (TRS) legislators has taken a new turn after the special investigation team (SIT) has summoned the Bharatiya Janata Party’s (BJP) national general secretary BL Santosh. He will be questioned on November 21, sources said on Saturday.

According to the notice sent to the party office in MMalleshwaram in Bengaluru, the investigating officer B Gangadhar asked Santosh to bring along with him the mobile phone on which he had received the calls of the accused.

Santosh’s name has cropped up in the recorded conversation between TRS MLA P Rohit Reddy and Ramachandra Bharati, one of the accused in the case. The audio clip, allegedly belonging to Bharati, says that he will share the name of the three other law-makers with Santosh and come to the city if they are all ready.