NationalDSP among 30 convicts get life term for murdering SHO in Rajasthan
By: News Desk 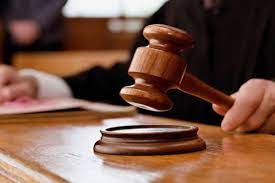 A special court of the Central Bureau of Investigation (CBI), which passed the order on November 16. also imposed a fine of Rs 2,000 to 50,000 on each of the convicts, official sources said on Saturday.

The CBI registered the instant case in 2011 on the request of the Rajasthan government and took over the probe from the state police, sources further said.

In that year, when communal riots broke out in Mantown, Phool Mohammed sustained severe injuries and took shelter in a police vehicle that the rioters burnt. The police official was burnt alive.

The Mantown police registered a case against 21 accused. The case was shifted to the Rajasthan CID which, after preliminary inquiry, filed a charge-sheet against 19 people, but the case was transferred to the CBI, sources further said.

The CBI filed a supplementary charge-sheet against 89 people, including juveniles and a few police officials. It came to light that deputy superintendent of police Mahender Singh Tanwar had personal grudge against the SHO, so he allegedly conspired with the another accused in the area and collusively abetted the offence by instigating the protestors.

The day the incident took place Tanwar escaped from the spot instead of taking control of the situation, but provided wrong information to his superiors that he was on the spot dealing with the rioters.