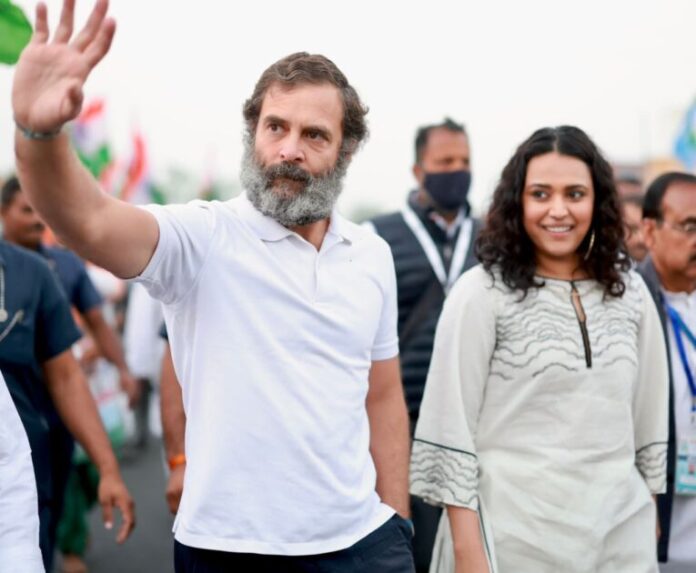 The Congress’ twitter handle shared a picture of Bhasker with Rahul Gandhi. The twitter reads: “Today famous actress @ReallySwara became part of #BharatJodo Yatra. The presence of every section of the society has made this yatra a success.”

The march led by Rahul Gandhi, which began September 7 from Kanyakumari in Tamil Nadu, entered MP’s Burhanpur district from Maharashtra on November 23.

The Yatra left Ujjain on Thursday after a day’s stop and left for Agar Malwa that will be the last district of the Madhya Pradesh leg of the BJY. The march is set to cover 380 km in the crucial Malwa-Nimar region of western MP in 12 days. And, then, it will enter Rajasthan on December 4, sources in the Congress Party said.