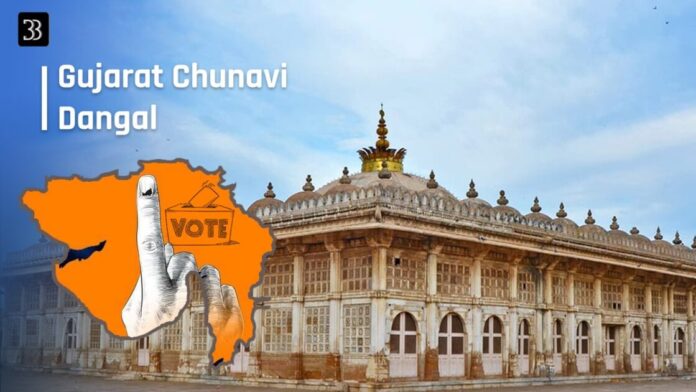 Of the total 182 assembly seats in the state, voting was held for 89 seats in 19 districts belonging to the Saurashtra-Kutch and Southern regions of the state. Voting for the remaining 93 seats will be held on December 5 and the results will be out on December 8.

According to reports, some voters took gas cylinders to the polling stations as a symbol of protest against price rise.

Similarly, a member of the Maldhari community went to the polling station with a cow and a calf to display the plight of the community.

Except for a few incidents and some reports of glitches in the electronic voting machines, the polling went off peacefully. The polling began at 8am.