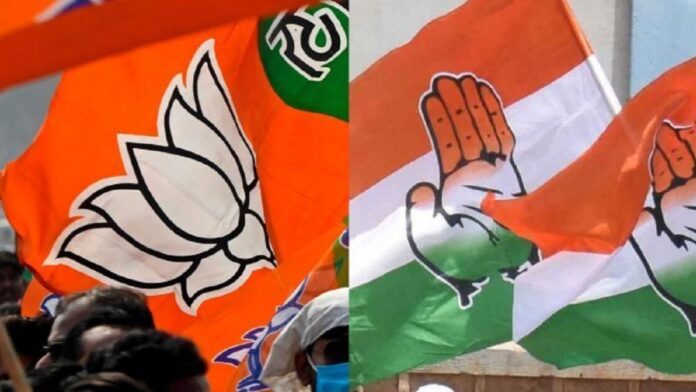 Bhopal: Senior leaders of the ruling Bharatiya Janata Party (BJP), including Chief Minister Shivraj Singh Chouhan, have been active in Sehore district of Madhya Pradesh in the past 15 days. It is also the home district of Chouhan.

The Congress leaders and workers also seem to be on the go in the district because of the party’s Bharat Jodo Yatra that entered the state from Maharashtra on November 23.

The Congress workers look enthusiastic about the march taken out by the party MP from Wayanad in Kerala Rahul Gandhi.

On the other hand, the BJP leaders have been holding meetings with the party workers for past fortnight to infuse energy into them.

Chouhan went to the memorial of Kunwar Chain Singh to offer floral tributes and worshipped at the Ganesh temple.

Former chief minister Digvijaya Singh who was also in Sehore criticised Chouhan and agriculture minister for shortage of fertiliser. The visit by opposition and ruling party leaders in the district has heated up the political atmosphere in the district.

As the assembly elections are going to be held next year, the political parties have become active.

Still, it has two problems – the entry of many Congress leaders and workers in the party, which has sparked resentment among those who are already associated with the organisation and the anti-incumbency of over 17 years. This is the reason that the BJP has begun to prepare for the next year’s assembly elections.

The voters belonging to the Other Backward Classes (OBCs) play a critical role in every election. Therefore, the Congress as well as the BJP is trying to woo this category.