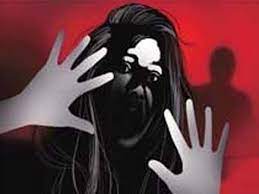 New Delhi: Three men raped a woman in a hotel room at Adarsh Nagar in northwest Delhi, the police said on Wednesday. The accused identified as Ajay, Tara Chand and Naresh, residents of Rajasthan’s Alwar district, were taken into custody. According to deputy commissioner of police (northwest) Usha Rangnani, a PCR call was received at Adarsh Nagar police station in connection with the incident on Sunday.

In a complaint, the woman said that an acquaintance of her Ajay had called her to the hotel room. Two of his friends were also present there, Rangnani said. The trio offered her cold drink-laced with some sedative and, after consuming it, she fell unconscious. Immediately after that, they violated her, the woman said.

On the grounds of the woman’s statement and medical report, the police arrested the accused, the DCP said, adding that the police are investing the case.