Chinese restaurants attacked in Kabul, IS takes the responsibility

InternationalChinese restaurants attacked in Kabul, IS takes the responsibility
By: News Desk 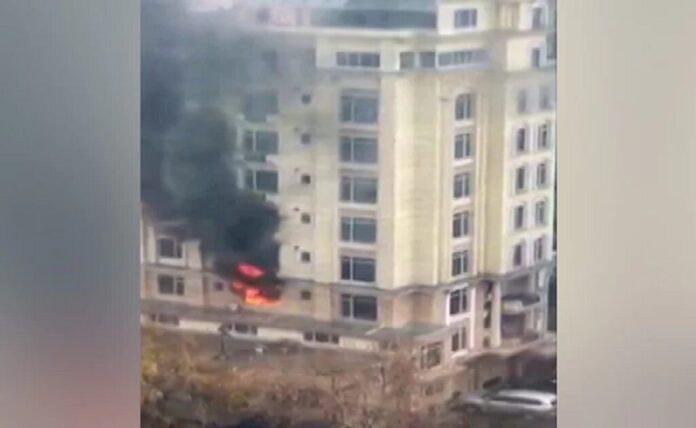 A radical Islamic group has professed an attack on a Chinese-owned hotel in Afghanistan. According to the information received three casualties have been reported so far. Two hotel guests were injured as they tried to escape by jumping from the window.

Following this, the Chinese government has asked its citizen to leave Afghanistan as soon as possible. The attack took place on Monday at Kabul Longan Hotel. The local residents claimed that there were explosions and gunfire.

The Taliban forces later reached the spot to clean up the operation. As per sources Khalid Zadran the Taliban-appointed spokesperson said that the attack lasted for several hours.

As per the official statement, the rivals of the Taliban Islamic State group claimed over the attack. The radical group claimed that 2 members participated in the attack they even posted the details and photographs of the attackers.

The Chinese Foreign Ministry later criticized the attack and call it shocking, later it appealed Taliban government to take resolute action in the matter.

According to the information received the IS has increased its activity after the Taliban came into power. The Taliban also depended on China to make the world’s largest copper deposit into a mine.