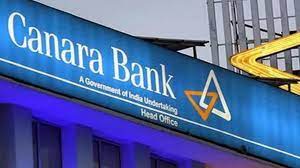 The fixed deposit rates of Canara Bank are revised and raised again in less than a month, the rates were earlier increased on 7 October 2022.

Recently, many banks have announced an increase in fixed deposit interest rates as a result of the move by the Reserve Bank of India. Ahead of news from ICICI, HDFC, Kotak Mahindra, and many others, Canara Bank has also joined the suit. The revised rate of interest is with effect from 31 October 2022, this is the second time increase in the same month period.

As per the new rates of interest announced, the minimum rate being offered by the bank for deposits below Rs 2 crore is now 3.25 percent. The highest rate is up to 7 percent for regular citizens and 0.5 percent more for senior citizens.

The rate of interest depends on the duration of the FD. A minimum of 3.25 percent for interest is being offered for deposits maturing between 7 to 45 days, and 4.5 percent to the customers who deposit for the duration of 46 to 179 days. For fixed deposits for higher time periods from 180 days to 360 day, Canara Bank is offering 5.5 percent interest to the regular citizens and 6 percent to senior citizens.

The rate of interest is 6.25 percent for public and 6.75 percent to senior citizens on deposits with a duration of 1 year to less than 2 years.

For deposits with a stable duration of 3 years to 10 years the rate of interest is 6.5 percent interest (general public) and 7 percent (senior citizens) respectively.

The Canara Bank will charge a penalty of 1 percent for premature closure or part withdrawal on amounts less than Rs 2 crore.

Previous article
Elon Musk might bring back Vine, What is it? Know here!
Next article
125-Year-Old School in Lucknow is teaching A for Arjuna, B for Balram, C for Chanakya