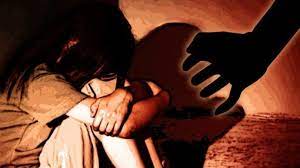 Bulandshahar: The incidents of crime against women are increasing in Uttar Pradesh. After the brutal murder of two woman one in Azamgarh and another in Sitapur recently, a 15-year-old girl was allegedly raped in Bulandshahr district of Uttar Pradesh, the police said on Friday.

After violating the minor girl, two persons also posted a picture of the incident on social media, the police said on Friday.

The brother of the minor girl lodged a complaint at the Pahasu police station. According to the complaint, the girl was abducted by the rapists on her way to school on Wednesday and took her to an isolated place where they violated her one after another.

After raping her, the boys posted her photographs on social media. In the evening, the girl was dropped at her home. The culprits are yet to be arrested.