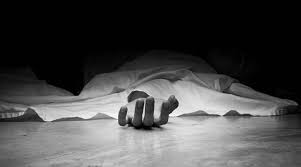 Lucknow: Mystery shrouds the death of a female army official’s daughter who was allegedly abducted and molested. Her family has, however, declined any inquiry into the case. The girl’s mother informed the police about her death.

According to deputy commissioner of police Prachi Singh, when the police called her up for recording her statement in connection with molestation, she said she would come to the police station.

Singh said when she had called up the girl’s mother again, she said that her daughter had committed suicide and refused any inquiry into the matter. The woman conducted the last rites of her daughter without a post-mortem, Singh further said.

The police would, nevertheless, probe the case of molestation and that of the mysterious death of the girl. Singh further said that when woman officer lodged a complaint, the police immediately registered an FIR on November 8 and began to probe the case. A police team had sifted through 300 CCTVs on the passage where the incident had taken, but a clue eluded them, she said, adding that the army officer suddenly informed the Cantonment police station about the suicide of her daughter and urged the cops to close the file. The family of the girl also submitted an affidavit saying that they did not want any probe into the death of their daughter.

Singh, however, asked an assistant commissioner of police to conduct an inquiry and submit a report. In her statement, the girl alleged that she had boarded a three-wheeler to go to Telibath. No sooner had she got off the vehicle than two youths dragged her into a white van that another person was driving. Besides molesting and beating her up, the youths tore her clothes, looted her wallet and credit card, and threw her out of the vehicle, the girl alleged.

After that incident, her mother who came to the police station with a complaint said that her daughter had committed suicide and they did not want any probe into the case.