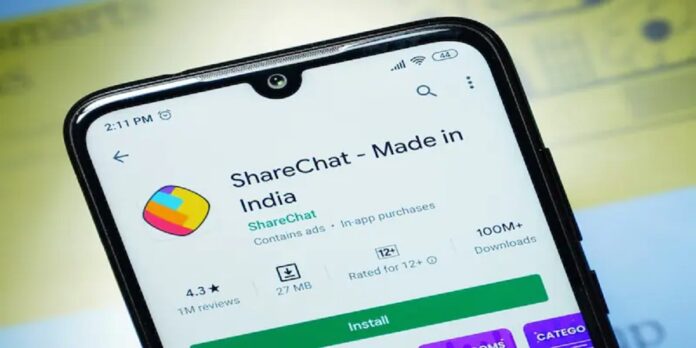 Tech Desk – ShareChat has laid off around 5 percent of its workforce and confirmed that it has shut down its fantasy sports platform called Jeet11. Indian social media company ShareChat has around 2300 employees.

The company said, to succeed, we change our strategy regularly and make necessary changes to achieve our vision”

ShareChat is popular amongst users, it supports multiple Indian languages which make it more useful for peoples. It is a parent company of applications such as Moj, and Moj Lite+, which is a popular short video platform.

Currently, it has more than 400 million users in India and the app has over 180 million monthly active users. The app was released as a content-sharing platform, which helps users to generate their own content. In 2016, app-enabled user-generated content creation on its platform. People can share their own posters and creative content on this platform.

The app was founded by Ankush Sachdeva, Bhanu Pratap Singh, and Farid Ahsan in 2015.

Previous article
Know why explore India more at the onset of 2023
Next article
What is Transformational Strategy?