Google Pixel Tablet Leaked On Facebook Marketplace ahead of launch

TechnologyGoogle Pixel Tablet Leaked On Facebook Marketplace ahead of launch
By: Garima Joshi 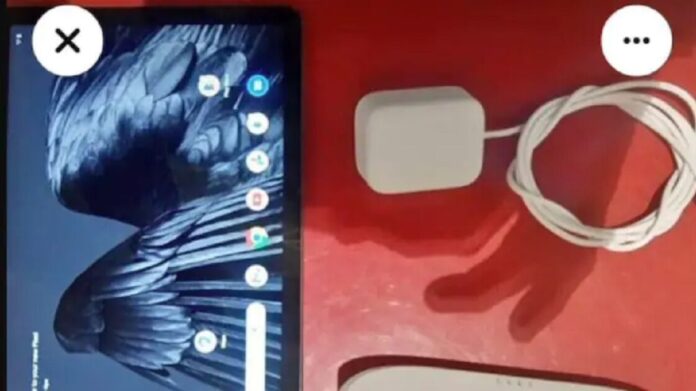 Tech Desk – As you know Google is working on an Android tablet, and it already showcased the device at the Google I/O event. Google has not confirmed its official launch time but the upcoming Google Pixel Tablet along with its charging dock was spotted on the Facebook Marketplace.

A tipster ShrimpApplePro shared the leaked images of the Pixel Tablet from Facebook Marketplace. And reveal that the device is up for grabs on Facebook for USD 400 (about Rs 33,000). And the 256GB variant was shown with an estimated battery life of about 16 hours at 70 percent.

Notably, Google has not officially confirmed the price of the Pixel Tablet.

According to the reports, the Google Pixel Tablet will be a premium offering and it is likely to compete with the entry-level iPad. The tablet is powered by the Tensor G2 chipset which is currently used in the Pixel 7 series.

In a blog, Google announced that the tablet can be used with a Charging Speaker Dock. It allows the device charged and makes it helpful 24/7. It also lets you control all your smart home devices.