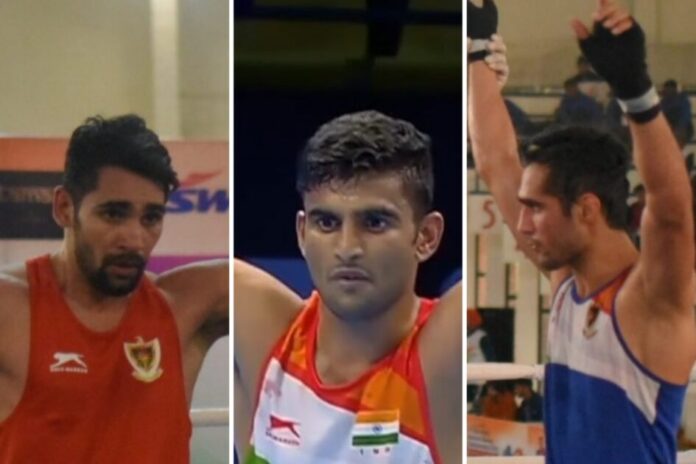 Manish Kaushik, who won a bronze medal at the 2019 World Championships, and Rohit Tokas and Sachin of the Railway Sports Promotion Board (RSPB) started their campaign with a sensational performance on the first day of the 6th Elite Men’s National Boxing Championship which began in Hisar on Saturday. Kaushik (63.5kg) faced Madhya Pradesh’s Prabhat Dwivedi.

True to his name he did not give his opponent any chance to open up. He was on the front foot as soon as the match began and, after dominating the first two rounds, was declared the winner after the competition was stopped by the referee after the third round. Kaushik will face Sandeep Donny of Andhra Pradesh in the final-16-round match on Tuesday.

2022 Commonwealth Games bronze medallist Tokas (67kg) faced Uttarakhand’s Rahul in his opening bout of the tournament. Tokas overcome his opponent by using his fast pace to avoid attacks and with the help of powerful precision punches. He won the bout by a 5:0 margin with a unanimous decision and will now enter the final 16 rounds on Monday.

Just like Tokas, Sachin (57kg) put up a brilliant show to win against Raman Sharma of Dadra and Nagar Haveli Daman and Diu (DNHDD) by a margin of 5:0. The 2016 Youth World Champion played brilliantly and hardly gave his opponent a chance to come back or dominate during the bout. He will face Neeraj of Haryana in the last-32-round match on Monday.

Govind (48kg), a bronze-medallist at the 2022 Asian Championships, got a walkover against Gujarat’s Jenish Patel. The Thailand Open champion will face Jammu and Kashmir’s Man Singh in the final-16-round match on Tuesday.

Similarly, Haryana’s Priyandhu Dabas (54kg) registered a stunning win against Chhattisgarh’s Prakash Singh and was declared the winner after the bout was stopped in the first round by the referee. Record six-time Asian medallist Shiva Thapa, who is representing Assam this year, will start his campaign with the last-16 round bout after getting a bye in the first round. On Monday, he will face Jaswinder Singh of Delhi.