NationalFarmer standing in queue for manure dies of cardiac arrest
By: News Desk 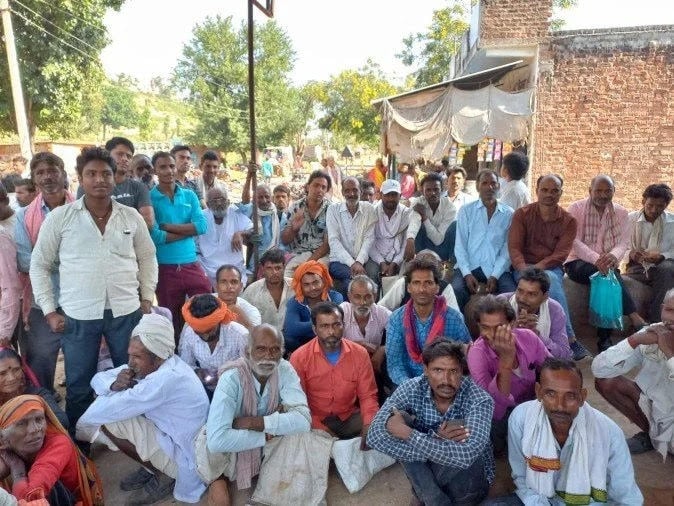 Nevertheless, a leader of Aam Aadmi Party (AAP), Amit Bhatnagar alleged that the farmer had died because of the negligence of the officials of the district administration.

He demanded a compensation of Rs 1 crore to the family of the farmer and a government job to one of his family members on compensatory grounds.

The farmer has been identified as Dayaram Ahirwar, a resident of Bakswaha village in Chhatarpur.

Ahirwar had been visiting the agricultural market for the past few days for fertilizer. They further said Ahirwar had reached the market on Thursday and was standing in the queue to purchase fertilizers since 9 am, when he suffered a cardiac arrest. He was rushed to the Bijawar hospital for treatment and was then referred to Chhatarpur district hospital, where he was declared brought dead on arrival.

SDM Rahul Siladiya stated on the issue that the farmer suffered a heart attack due to weather conditions, as Thursday was quite a cold day in Chhatarpur. He added that Rs 5 thousand have been provided to the farmer’s family to perform his last rites.

Previous article
What is Brainlessness?
Next article
Parting November gives Icy pinches to Gwalior, has more in gloves