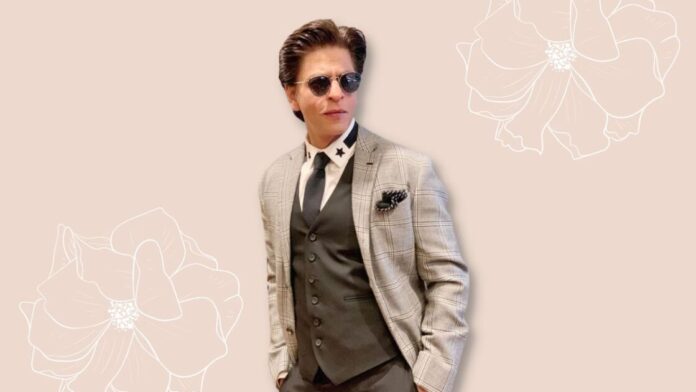 In Jeddah on Thursday, Bollywood superstar Shah Rukh Khan was honored at the Red Sea Film Festival. Also, cheering for him among the audience was Bollywood and Hollywood actress Priyanka Chopra. Several fans spotted Priyanka clapping for Shah Rukh from her seat as King Khan walked to the stage to get the award.

Shah Rukh got an honorary award to ‘recognize his exceptional contribution to the film industry’. He walked to the stage in a full black suit and the video telecast of the function saw Priyanka sitting in the front row. Priyanka was spotted wearing a shimmery golden outfit and her hair was styled in mermaid waves. When everyone in the audience was cheering for Shah Rukh when he made his entry, Priyanka also smiled and clapped for the superstar.

Did Priyanka’s promise become road to success for BJP?

In the past, Shah Rukh and Priyanka have worked together in Bollywood movies like Don and Don 2. They were also rumored to have dated for a short period but neither of them spoke about the same. At present, Shah Rukh is happily married to his wife Gauri Khan and has three children. Priyanka is also happily settled in the US with her celebrity husband Nick Jonas and has a girl child Malti Marie. She recently visited India for a short vacation.

After getting the award, Shah Rukh mentioned how he feels truly respected getting this award from the Red Sea International Film Festival. The superstar felt wonderful to be among his fans from Saudi and the region who has always supported several of his movies. He is looking forward to celebrating the region’s talent and is happy to be a part of the amazing film community. He considers films to bring people together as it shares human experiences across different cultures. He also thanked the industry that brings subtitles to the films as it helps people to understand the art forms and explore the immense diversity of the world where we live in. He was also quoted saying in his speech, “Cinema celebrates diversity. It doesn’t stop short of fully exploring differences. And doing so, in the most beautiful fashion, it teaches us not to be afraid of those differences”.

American actress Sharon Stone was quite awestruck when she found the superstar King Khan to be seated next to her. The sweet moment was also captured on the camera as she exclaimed ‘oh my God’ on noticing him.

Shah Rukh has a set of films to be released in 2023. He was away from being featured on the big screen in full-fledged roles for the last four years. He was last seen in the lead role in Zero that got released in 2018 but became a disaster at the box office. Shah Rukh took the needed break from working as the main hero in Hindi movies so that he could focus on his other business ventures and also read the right scripts. The pandemic hit the country and delayed many film productions and releases. Shah Rukh Khan was also seen in small but meaningful roles in Rocketry: The Nambi Effect in Hindi and Brahmastra in 2022.