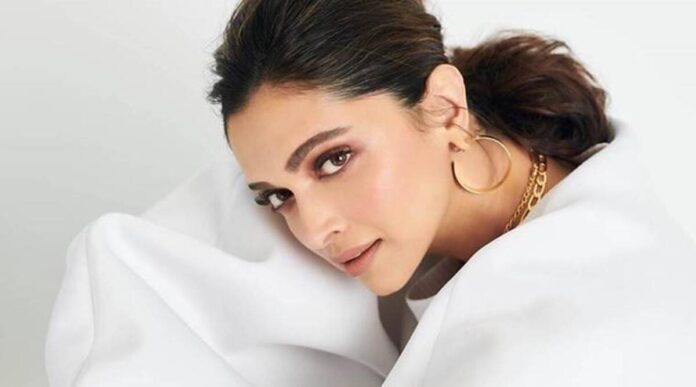 Bollywood actress Deepika Padukone is on a promotional spree. Not for her films but for her products in the skincare segment. On Sunday, another Bollywood actress Alia Bhatt posted a couple of bare-faced photographs on Instagram. It is then Deepika was seen writing about her skincare serum in the comments section. For the unaware, recently Deepika Padukone introduced a new self-care brand 82°E by saying that its name has been born in India, for the world.

Deepika’s brand has products made using Indian ingredients. Last month, while introducing her new brand, Deepika wrote on Instagram, “Two years ago we set out to create a modern self-care brand that is born in India, for the world…” Pronounced Eighty-Two East, the brand’s name shows the standard time of the country. It has recently come up with two skincare products.

Back to Alia Bhatt’s post, she was seen wearing satin pyjamas in her bathroom. She wrote the post as, “Sunday mornings are for finding some great light and aimlessly conducting a photoshoot in my bathroom. Happy Sunday. Deepika who read the post left in the comments section, “Why do I smell #ashwagandhabounce?” She also included thinking and laughing emojis in her comment.

Followers of both the actresses and netizens in general were quite surprised at Deepika as she was trying to chip in her products on Alia’s post. Some people also commented, “Kitna ad kroge mam (How much will you promote your products)”, “Lol..height of advertisement,” “Alia k pic pe apne product k promotions ku (Why promoting your products on Alia’s picture), “A true Brand Ambassador. Not missing a single opportunity to market your product.”

Alia’s mother Soni Razdan also commented “hee hee” on her daughter’s post. A fan of Alia asked her to post a photo of Raha and her father Ranbir Kapoor. Alia and her husband Ranbir Kapoor got married early this year and announced pregnancy soon a couple of months after marriage. They became parents to daughter Raha on November 6 this year. The duo announced her name through a unique post on Instagram. “The name Raha (chosen by her wise and wonderful Dadi) has so many beautiful meanings… Raha, in its purest form means divine path in Swahili she is Joy, In Sanskrit, Raha is a clan, In Bangla – rest, comfort, relief, in Arabic peace, it also means happiness, freedom & bliss. And true to her name, from the first moment we held her – we felt it ALL! Thank you Raha, for bringing our family to life, it feels as though our lives have only just begun.”

On the other hand, Deepika who was noticed in Gehraaiyaan in this year’s release has several films in her kitty. She will be next featured in Pathaan which is the comeback film of Shah Rukh Khan after a break of five years on the big screen. She also will be seen in Prabhas’ movie Project K and then she will work with her favorite director Rohit Shetty in Singham Again.

Alia was last noticed with Ranbir in Brahmastra in the lead role. She also released Darlings through her production company and also featured in it. Her upcoming movies include Karan Johar’s Rocky Aur Rani Ki Prem Kahani and Heart of Stone with Gal Gadot.