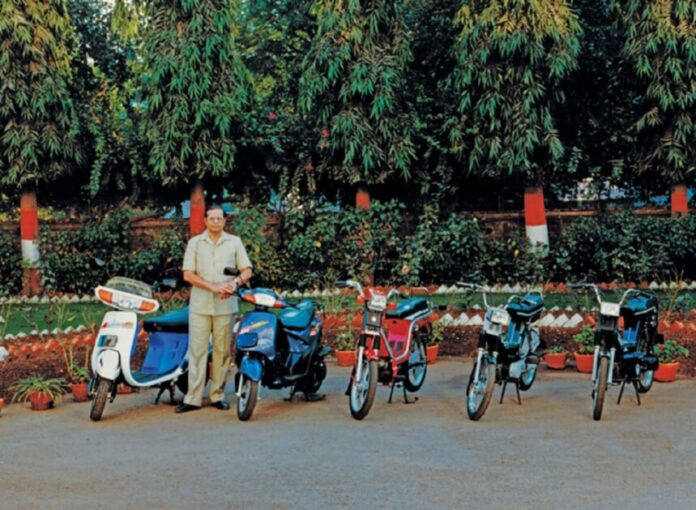 Auto Desk – Kinetic Group plans to set to return luna in an electric model. This stylish electric scooter promises to be a hit with commuters.

According to the reports, Kinetic has begun production, and components such as the main stand, side stand, and swingarm are ready. However, technical details are still unknown.

The E-Luna will be manufactured at the brand’s assembly unit in Ahmednagar, where the company has installed comprising of over 30 welding machines, a paint shop as well as press and fabrication units. It is said that it has an initial capacity of 5,000 units per month.

No doubt, the Luna is one of the most iconic models powered by a 50cc, single-cylinder, air-cooled engine. It was launched in 1972 and went out of production in the early 2000s.

For unaware, Kinetic green energy and power solutions launched its two-wheeler electric version called the Zing e-scooter in September at a price of Rs 85,000 including the FAME II subsidy. The e-scooter comes with a 3.4kW lithium-ion battery range of 125km/charge.