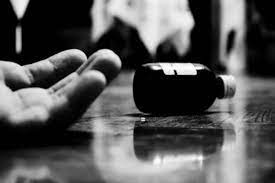 Kanpur (UP): A sub-inspector who was placed under suspension committed suicide by consuming some poisonous substance, official sources said on Tuesday. S-I Anoop Singh who attempted suicide was sent to private hospital died there during treatment.

Singh consumed poison at the police line a few days ago, and as his condition deteriorated, he was rushed to a hospital in Kanpur city.

The police further said that Singh had consumed the poisonous substance, as he was depressed after being suspended.

After two days of his taking some poisonous substance, he was reportedly in contact with a woman constable at a police station in a rural area. According to superintendent of police (rural) Tej Swaroop Singh, the case is under investigation.