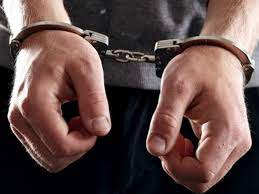 Amroha: The police have booked two sons and a daughter-in-law of Samajwadi Party (SP) legislator from Amroha, Mehboob Ali, for kidnapping and loot, official sources said on Friday.

According to reports, Mohammad Shahnawaz, a resident of Mohammadi Sarai, made a complaint to the district administration that Mehboob Aling and his relatives had allegedly entered his house and attacked his family members.

He also alleged that they had tried to kidnap a family member. According to superintendent of police (SP) Aditya Langeh, an FIR was registered against the two sons of Mehboob Ali – Parvez Ali and Shahnawaz Ali, daughter-in-law and Parvez’s wife Neelofar and two others, Farman Ali and Laeq Malik.

The SP said an FIR had been registered against five persons. Nevertheless, Parvez Ali refuted the allegations saying they are baseless.