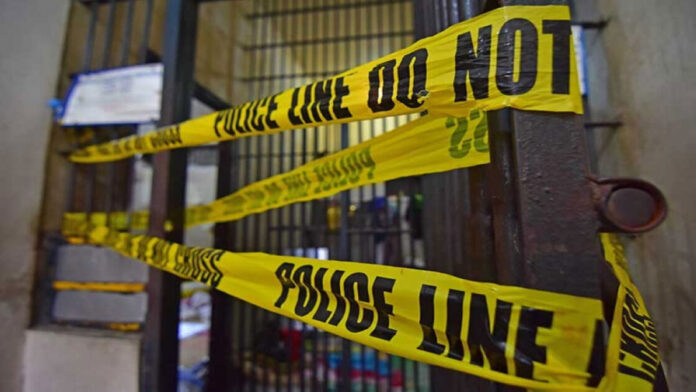 Etawah. The murder of the wife of a news anchor has been revealed. Police have claimed that the news anchor’s wife Divya Mishra was murdered by three TV journalists, including her husband. The reason for the murder is the husband’s illicit relationship with his female journalist friend. Because of which he wanted to get his wife out of the way.

Senior Superintendent of Police Santosh Kumar Mishra told here today that between 14 and 2 pm on October 14, Divya Mishra was murdered in the third floor of her Katra Bal Singh residence. He said that on the fourth day of the incident, the police revealed the Divya Mishra murder case which was a challenge for the police.

He said that after the murder, interrogation of facts other than surveillance in the police examination revealed that the news anchor Ajitesh Mishra had an illegal relationship with a woman journalist working in a news channel. After which he wanted to remove his wife from the middle. Divya and Ajitesh Mishra had a dispute about this for about eight months. Mishra said that Ajitesh Mishra, journalist Akhilesh Kumar Singh, and his female partner Bhavna Arya have been arrested in connection with the wife’s murder. The murder incident has been carried out due to the relationship with journalist Bhavna Arya who works in the news channel.

He told that after Bhavna’s resignation from the channel, Ajitesh also left the FM channel on September 30. MF News channel journalist Akhilesh Singh, who worked with Ajitesh, carried out the murder incident. Senior Superintendent of Police said that Akhil Singh used to live as Divya’s brother, Divya had also sent Rakhi in Noida but When Divya came to kill him and Divya showed her marriage eligibility, Akhil gave up his intention to kill Divya but Ajitesh pressured him to kill Divya. He told that Divya’s mobile has opened the secret of murder.

Divya’s absence from the child after four years of marriage is also one of the reasons for the murder. In this high profile case, the investigation of the police has revealed the murder of Divya’s husband by news anchor Ajitesh Mishra. After which three accused were arrested by the police.

Inspiring Quotes of Sushmita Sen for a happy life

Amroha (UP): A woman has accused her father, working...