NationalTwo held for looting Rs 1.2cr at gunpoint in Gwalior
By: News Desk 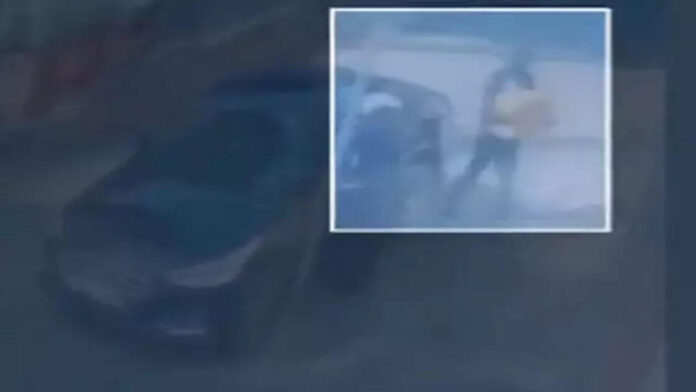 Gwalior (MP): Two persons involved in looting Rs 1.2 crore from an employee of a trading farm at gunpoint have fallen into the police dragnet, official sources said on Wednesday.

The employee concerned together with the driver of the company went to deposit the money in a branch of Bank of Baroda at Inderganj, Gwalior, on Monday. Just as they neared Rajiv Plaza at the Inderganj intersection, two persons came from nowhere and made off with Rs 1.2 crore at gunpoint. CCTV cameras installed in the area captured the incident. When the police were sifting through the CCTV footage, it came to light that the driver of the firm and his two associates had hatched a conspiracy to loot the money.

The police arrested two criminals, including the driver, but another person is still absconding. The looted brass was recovered from the culprit.

According to senior superintendent of police Amit Sanghi, the accountant of the company and the driver used to deposit a huge amount of dough in the bank. The driver planned the loot.

Previous article
Man kills mother suspecting her to be witch, stalling his wedding

Kanpur: A further inquiry into the Bikru massacre, in...