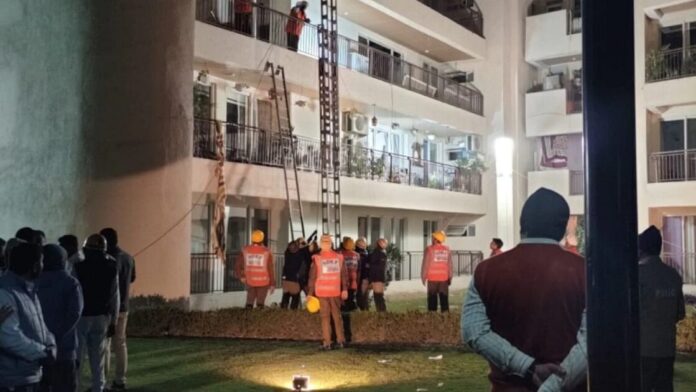 An incident was reported in Gurugram where a tower collapsed in Chintels Paradiso residential apartment. Two lives were compromised in the incident.

Months after the incident the first arrest has been done in the case. The detained individual has been identified as Amit Austin, he worked as a proprietor of Manish Switch gear and construction company.

According to the information received they were installing tiles without any security measures which ultimately lead to the collapse of the building in February.

Austin has been arrested under various sections of the IPC, and sections 10 and 12 of the Haryana Development and Rural-urban act.

According to the police he will further be produced in court for legal proceedings. The company is held responsible for the modification of a tower when the floor collapsed.

Special Investigating Team (SIT) led by ACP Kumar was investigating the matter, he called Austin for an inquiry and later arrested him. Following this, the officer said that the proprietor will be produced in court.

Two women were killed in the incident when the floor collapsed on February 10. The incident was accompanied by outrage among the residents in the locality further they demanded for a fair investigation.