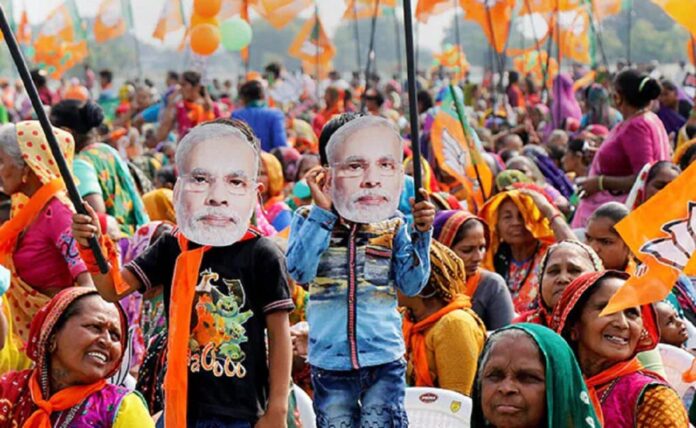 ‘New Delhi/Shimla: Although the Bharatiya Janata Party (BJP) has won the Gujarat assembly election by pocketing more than 150 seats, the ruling party had to bite the dust in Himachal Pradesh where it ost power to the Congress which has won 40 seats, officials said on Thursday.

The main contest was between the BJP and Congress. The BJP deployed all its resources in both the states. Nevertheless, the Congress did not campaign properly in Gujarat.

There are 68 seats and to cross the half way mark 35 seats are needed and the Congress is way ahead of the ruling party.

As the BJP was surging ahead in Gujarat, the Congress was doing the same thing in Himachal Pradesh. Political experts said that the results were on expected lines.

The hilly state has not voted back any ruling dispensation to power for the second time in a row.

The Congress’s victory in the hilly state has brought a much-needed relief to the party which has been facing defeats in different elections for several years since the rise of Modi.