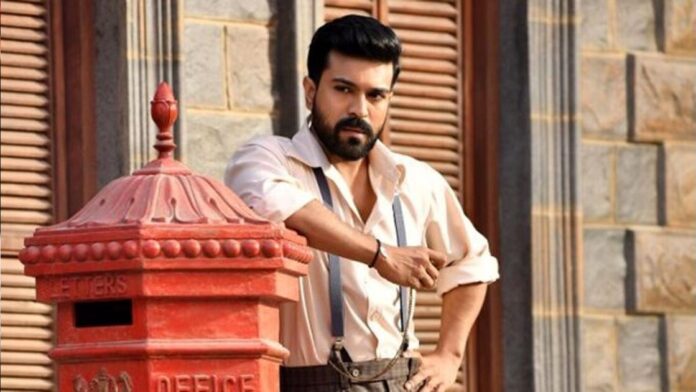 Tollywood’s veteran actor Chiranjeevi has announced that his son who is India’s leading actor Ram Charan is soon expecting a child from his wife Upasana Konidela. On Twitter, Chiranjeevi wrote, “With the blessings of Shri Hanuman ji we are delighted to share that Upasana and Ram Charan are expecting their first child. With love & gratitude Surekha and Chiranjeevi Konidela Shobana and Anil Kamineni.”

Ram retweeted the post on his Twitter handle with a red heart and folded hand emojis. Followers of both stars commented with congratulatory messages. In June this year, Ram Charan celebrated his 10th wedding anniversary with his wife Upasana in an undisclosed destination. Pictures and videos of the couple from the airport were shared online by the paparazzi and followers.

Twitter handle of UP government and state information department hacked

Ram Charan who has majorly worked in Telugu films got worldwide renown after his film RRR that got released in multiple languages and made over Rs. 1000 crores at the box office. He got to be known as an Indian actor because of his well-spoken Hindi dubbing for the Hindi release of the film RRR.

Recently, Ram Charan announced his next film which is going to be a sports drama on Twitter. He will work with the director Buchi Babu Sana for the first time. The yet-to-be-titled film is said to be a pan-Indian film and will be released in multiple languages. To be co-produced by Mythri Movie Makers and Vriddhi Cinemas, the film is set to start its shooting later this month.

Presently, Ram Charan is shooting for his next movie with filmmaker Shankar. The film is dubbed RC15 and SJ Suryah will also have a key role. The film will also have Kiara Advani as the female lead.

Ram Charan started his career in the late 00s. He made a Tollywood debut with Chirutha in 2007, which earned him the Filmfare Best Male Debut Award. Originally known by the name Konidela Ram Charan Teja, the actor also works as a producer and entrepreneur. Ram is one of the highest-paid Tollywood actors. He has received many awards for his work in the industry, which include three Filmfare Awards and two Nandi Awards.

Ram got acclaim after he worked with SS Rajamouli in the fantasy action film Magadheera in 2009. It became the highest-grossing movie of all time. His other notable films include Racha, Naayak, Yevadu, Dhruva, Rangasthalam, and Govindudu Andarivadele.

He has also produced movies through his own production house Konidela Production Company which has released Khaidi No. 150 and Sye Raa Narasimha Reddy. Apart from his acting career, he also co-owns a regional airline TruJet and owns a polo team Hyderabad Polo and Riding Club.

Ram Charan has been married to Upasana for the last 10 years. The couple was often asked by the media about starting a family but they never confirmed the news and said they are more focused on their careers. It is good to see Ram Charan having an eventful 2022 as his film RRR got him international fame and now a new member will be adding to his family life.